Maybe it’s not the heteronormative dream that she grew up wishing for, but…knowing who you are and loving yourself is so much better than that, I think.

Synopsis: Georgia has never been in love, never kissed anyone, never even had a crush – but as a fanfic-obsessed romantic she’s sure she’ll find her person one day.

As she starts university with her best friends, Georgia’s ready to find romance, and with her outgoing roommate on her side and a place in the Shakespeare Society, her ‘teenage dream’ is in sight.

But Georgia’s romance plans land her and her friends in their own comedy of errors, and she starts to question why love seems so easy for other people but not for her. With new terms thrown at her – asexual, aromantic – Georgia is more uncertain about her feelings than ever.

Is she destined to remain loveless? Or has she been looking for the wrong thing all along?

Aside from being hilarious and full of vibrant, lovable characters each with their own unique story, ‘Loveless’ also gave me lots of food for thought. Before hearing about ‘Loveless’, aromantic and asexual sexualities were something I vaguely knew of by name but not nature. The synopsis really got me wondering (plenty of thinking time during lockdown!), especially about asexuality. Could that be me?

As a questioning person, I was exceptionally interested in this book. Almost desperately interested, actually. Rather naïvely, I hoped that reading ‘Loveless’ would be some sort of shortcut ticket to figuring myself out, which didn’t quite happen (obviously, because that’s unrealistic). The protagonist, Georgia, is both aromantic and asexual (like Oseman herself), so obviously our experiences wouldn’t have aligned exactly, and as ‘Loveless’ so eloquently puts it:

The aromantic and asexual [sexuality] spectrums weren’t just straight lines.
They were radar charts with at least a dozen different axes.

Oseman did a great job straddling the line between providing educational info while staying in character/style, and she’s also signposted to some great resources at the end. I’m glad Oseman is writing (not only here, but also in interviews and other platforms too) about a sexuality that’s been (too) long obscured and gaslighted in today’s romance-obsessed mass media.

It’s not in films. It’s hardly ever in TV shows, and when it is, it’s some tiny subplot that most people ignore. When it’s talked about in the media, it gets trolled to hell and back. Even some queer people out there hate the very concept of being aro or ace because they think it’s unnatural or just fake.

I absolutely adored all the friendships in ‘Loveless’, and how platonic love is given the spotlight it deserves. It also helped that each character is so distinct, especially Georgia and her roommate Rooney, who we get to know most deeply out of the secondary characters. (Personally, Rooney was my favourite.) 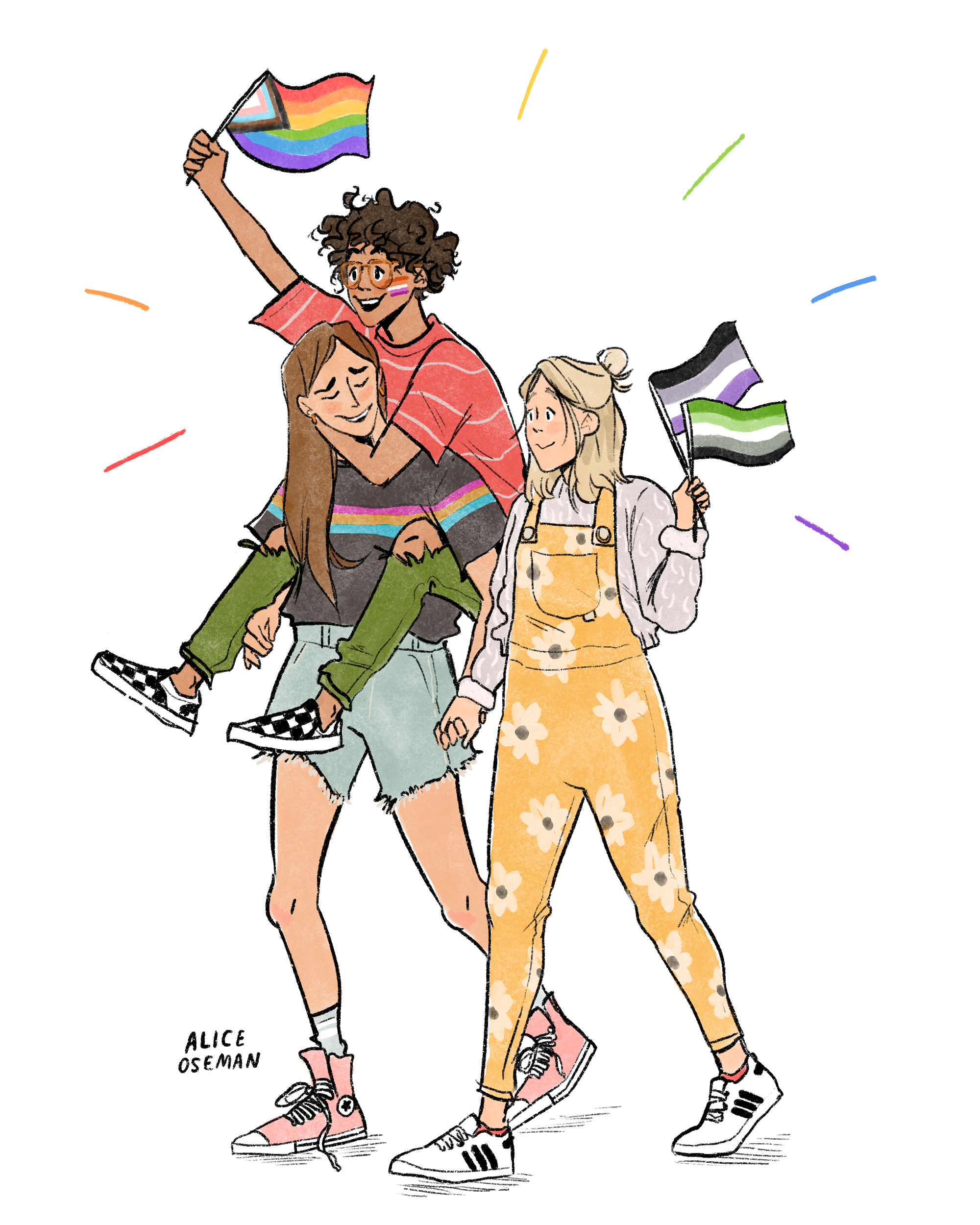 The message that platonic love isn’t somehow lesser than romantic love really resonates with me, especially given how hard romance gets pushed by societal conventions and corporate marketing.

It was so easy to romanticise romance because it was everywhere …How could I feel so sad about giving up these things that I did not actually want? …I was angry at the world for making me hate who I was.

I don’t think I’ve ever been in love with someone who wasn’t just an idealised version of a person, but my heart has never swelled so much as when I think about my best friends.

“Just friends” makes it sounds like being friends is worse.

That’s not to say there’s no romance in ‘Loveless’ – I really enjoyed the splash of sapphic enemies-to-lovers too! Peak yearning mixed in with some ‘Much Ado About Nothing’ mixed in with two extremely chaotic personalities. Love that for us!

The plotline isn’t wildly unpredictable, though there were certainly a few surprises up Oseman’s sleeves. It leans towards being a character-driven novel, which I think worked well as the plot largely hinges on the dynamics and interactions between the major characters, rather than some external drama.

An extra bit of fun for me was that ‘Loveless’ is set at Durham University, my alma mater, so picking out the references and visualising everything in my head was an engaging and intensely nostalgic game. I loved that the Durham Pride Society was featured prominently in ‘Loveless’. While I wasn’t involved with them during my time at university (one of my regrets, actually), a conversation I had with their Welfare Officer was so important to me and my own ‘queer journey’ that it makes me so happy to read about the Pride society members in ‘Loveless’ being just as kind to Georgia.

I’m really glad this book exists, because it’s made me comfortable to question and start unpacking how I feel, as well as learning more about other queer people. There’s no rush nor even necessity to label myself but I’m glad that I’ve opened myself to the consideration!

Thank you to Netgalley and HarperCollins Children’s Books for the ARC in exchange for an honest review.

Thanks for reading! Is ‘Loveless’ on your TBR? What other LGBTQIA+ books would you recommend? Let me know any thoughts below!